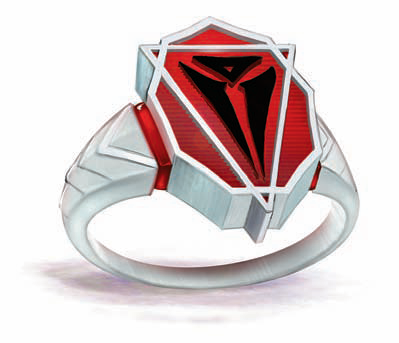 Season 9 of the Adventurers League sees our heroes travel from the blood-soaked streets of Baldur’s Gate to the once-lush first layer of the Nine Hells: AVERNUS! This epic hardcover adventure from Wizards of the Coast – Baldur’s Gate: Descent into Avernus – features heroics, betrayal, and the unlikeliest of allies.

Season 9 is not glorifying Hell. It is telling the tale of the most Evil of Evil places and allowing our heroes to display grit, persevere in the face of certain death, and defy the temptation that will surely best them. Or … you know … allow the opportunity for doing the opposite.

1 Peter 5:8 – Be sober, be vigilant; because your adversary the devil, as a roaring lion, walketh about, seeking whom he may devour:

First of all, understand that devils are all about oppressive power exerted by a system or structure of government, the office, authority, and administration of a being greater and mightier than themselves. So essentially, all the devils are trying to claw their way up to the top of the totem pole to get a little piece of the power. As the 5th edition Monster Manual says, ” Devils live to conquer, enslave, and oppress. They take perverse delight in exercising authority over the weak, and any creature that defies the authority of a devil faces swift and cruel punishment. Every interaction is an opportunity for a devil to display its power, and all devils have a keen understanding of how to use and abuse their power.”

So POWER POWER POWER. It’s all about Power for a devil. That’s what a devil wants and what a devil needs. And it doesn’t matter if its real power or perceived power. As long as the devil’s victim believes that the devil has power, then the devil is in control! And that’s why devils deal with mortals because mortals are flawed beings who are greedy. Mortals are easy to manipulate. Mortals are ripe for the picking.

That’s why devils are dangerous. They lure mortals in with promises of fame, pleasures of the flesh, riches, or possessions but it’s all a part of their infernal agenda to propel them upwards in the game of hellish hierarchy.

Mortals tend to have an unhealthy fascination with seeking after that which will ultimately destroy them. They like to play with fire. The same is true with mortals and their interactions with devils. Despite the obvious danger involved with studying the black arts they still seek to unlock the secrets of infernal names, summoning, and vile rituals.

So usually interactions with devils would involve a mortal summoning the denizen into a circle and trying to make a bargain of some kind. But not in this case, my friends. In this case, during Season 9, mortals are being lured, commissioned, thrust, and tricked into entering the first of Nine Hells, Avernus. Some unlucky adventurers are waking up without a memory of how or why they entered Avernus, a lovelt effect of the watrers of the River Styx. No, in Season 9, mortals are on the home turf of devils. That makes the interaction a bit more …. interesting.

The wise sage Chris Pramas advises use to the nature of Devilish Deals in the AD&D book Guide to Hell. He advises that devils tend to live up to their side of bargains due to their Lawful nature but the opportunity to screw the mortal with the outcome and interpretation of the bargain is norm. For example, the delivery of a magic item may result in the item having a cursed effect, a request for riches might result in the mortal being crushed alive in a mountain of gold, or a request to be taken to a gateway out of Avernus may result in the mortal being deposited within a lake of fire with the gateway existing below it.

So when you find yourself trapped within the wastes of Avernus please remember that the main thing a devil wants and needs is power … especially power over mortals. So yeah, be sober and vigilant, because you’re going to have to be on your toes to make it through AVernus with your soul intact!