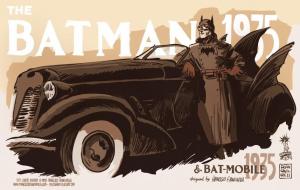 Alternate history or alternative reality is a genre of fiction consisting of stories that are set in worlds in which one or more historical events unfolds differently than it did in the real world. Since the 1950s, this type of fiction has to a large extent merged with science fictional tropes involving cross-time travel between alternate histories or psychic awareness of the existence of “our” universe by the people in another; or ordinary voyaging uptime (into the past) or downtime (into the future) that results in history splitting into two or more time-lines. Cross-time, time-splitting and alternate history themes have become so closely interwoven that it is impossible to discuss them fully apart from one another. “Alternate History” looks at “what if” scenarios from some of history’s most pivotal turning points and presents a completely different version, sometimes based on science and fact, but often based on conjecture. The exploration of how the world would look today if various changes occurred and what these alternate worlds would be like forms the basis of this vast subject matter.

Within Marvel Comics, most tales take place within the fictional Marvel Universe, which in turn is part of a larger multiverse. Starting with issues of Captain Britain, the main continuity in which most Marvel storylines take place was designated Earth-616, and the multiverse was established as being protected by Merlyn. Each universe has a Captain Britain designated to protect its version of the British Isles. These protectors are collectively known as the Captain Britain Corps. This numerical notation was continued in the series Excalibur and other titles. Each universe of the Multiverse in Marvel also appears to be defended by a Sorcerer Supreme at nearly all times, appointed by the mystic trinity of Vishanti to defend the world against threats primarily magical in nature from within and beyond and bearing the Eye of Agamotto. Check out the huge list of alternate Marvel Earths.

Over the course of its publishing history, DC has introduced different versions of its characters, sometimes presenting them as if the earlier version had never existed. For example, they introduced new versions of the Flash,Green Lantern,and Hawkman,in the late 1950s, with similar powers but different names and personal histories. Similarly, they had characters such as Batman whose early adventures set in the 1940s could not easily be reconciled with stories featuring a still-youthful man in the 1970s. To explain this, they introduced the idea of the multiverse in Flash #123 where the Silver Age Flash met his Golden Age counterpart. In addition to allowing the conflicting stories to “co-exist,” it allowed the differing versions of characters to meet, and even team up to combat cross-universe threats. The writers gave designations such as “Earth-One”, “Earth-Two”, and so forth, to certain universes, designations which at times were also used by the characters themselves. Earth-One was the primary world of this publication era.