Quist was intercepted by Imperial agents as he arrived on Danuta. The pirate attempted to elude capture, and was shot down just outside the capital city of Trid. Quist’s wrecked vessel was located about 3218 meters East of the city, and evidence was found showing that the fugitive was fleeing towards the city.

The spaceport isn’t huge but it is larger than any other in the Halla Sector. It contains a total of 48 landing bays. Quist is likely going to try to make it to the Spaceport as it is the only way off the planet. 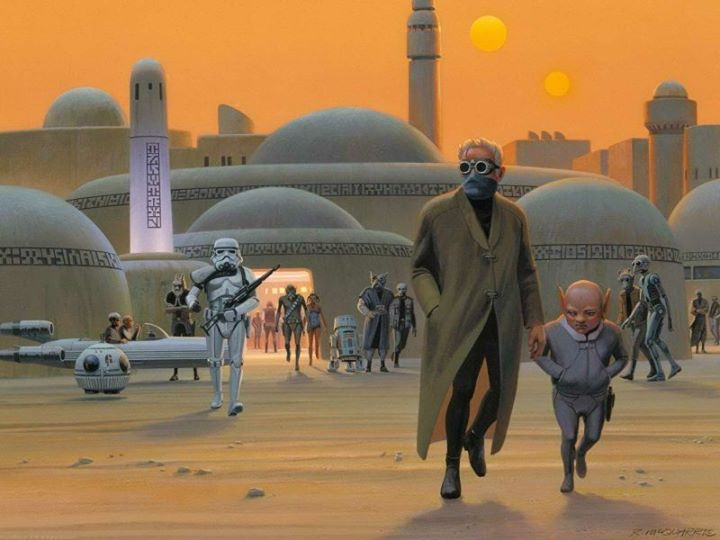 Oro’s trading post is the place to go to make a good deal and browse whatever the local Jawas just dropped off. There are always battered and poorly maintained droids cluttering the outside of the store. Oro has a good stock of surplus military clothing and gear, mainly stuff left over from the Clone Wars. He has a few landspeeders, some weapons, and sometimes even has a few medpacs laying around. His prices are fair, and almost everyone in town knows that Oro’s is just a front for Roark the Hutt’s black market dealings. Quist often visits Oro to visit the “back room” where items of interest can be found that include drugs, contraband weapons, and slaves.

The Blue Moon cantina is your usual spaceport dive. The Blue Moon is extremely rough in nature, and the clientele and the management give incidents of deadly violence no more than a moment’s attention. Droids are not allowed inside; a droid detector near the front door alerts the management of any entering droid. Blue Moon is known for serving Surrostim Chew and Glitterstim Sticks. It is also a licensed meeting place for Bounty Hunters who need to register a find or seek work. Quist frequents this dive, looking for work and stocking up on his “medication.”

Quist has a licensed Z-95 Headhunter in storage at the Trid Spaceport housed in Docking Bay 63. It’s been there for two years. It’s likely that the pirate had the craft stashed for exactly this kind of situation where he’d need a way to get out Trid and off of Danuta quickly.